Visit of the President of CSIC to the IIBM 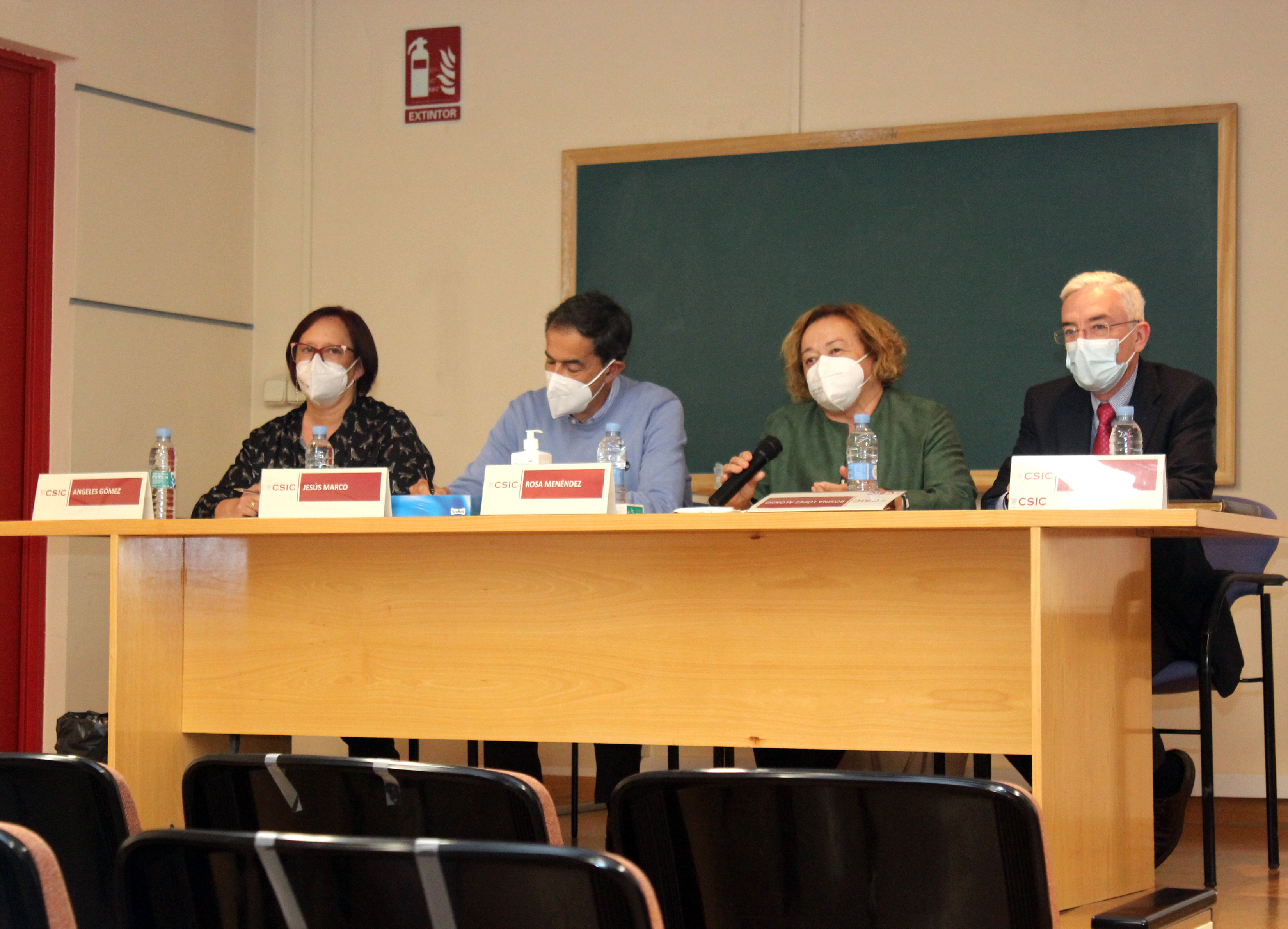 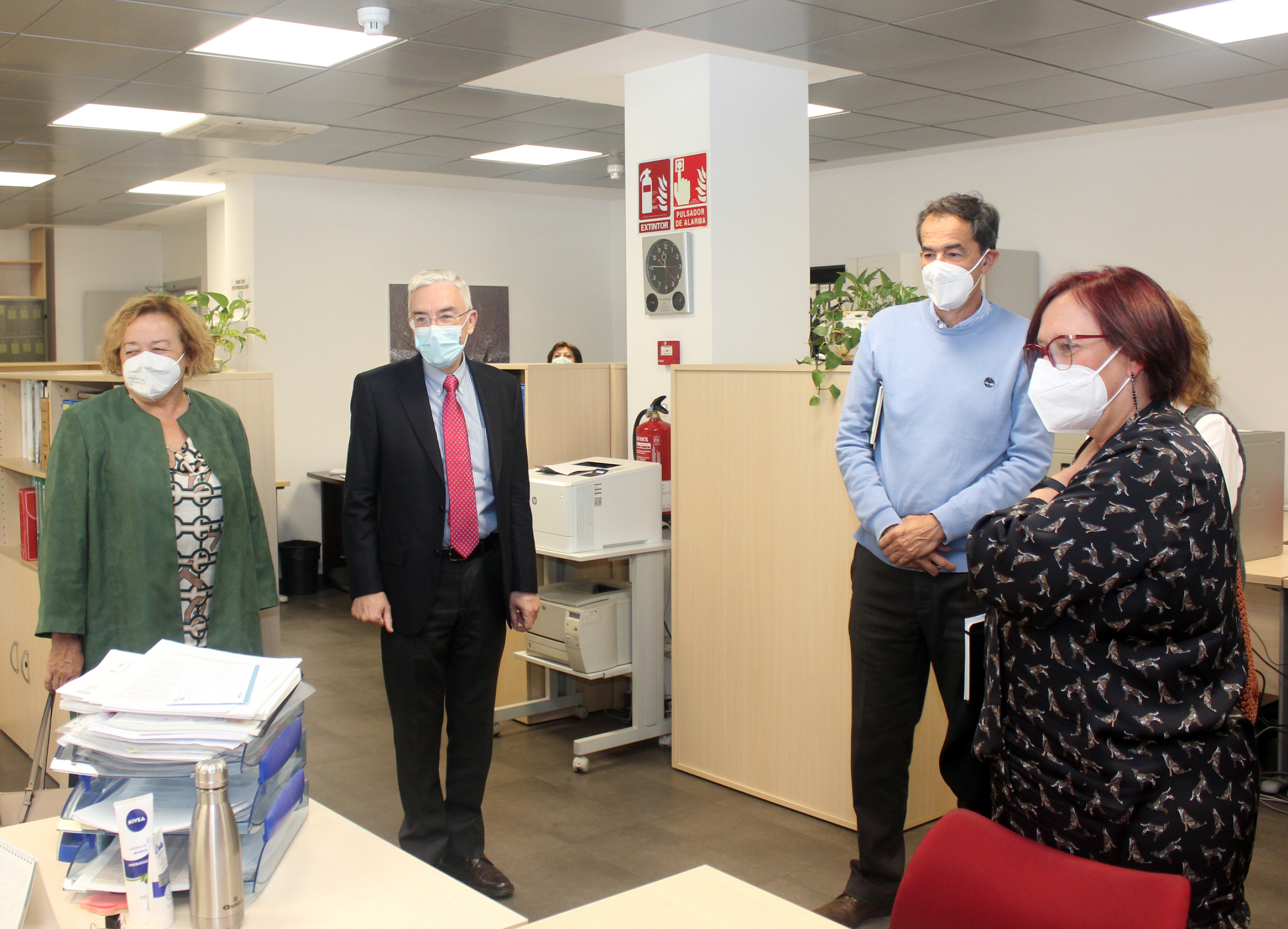 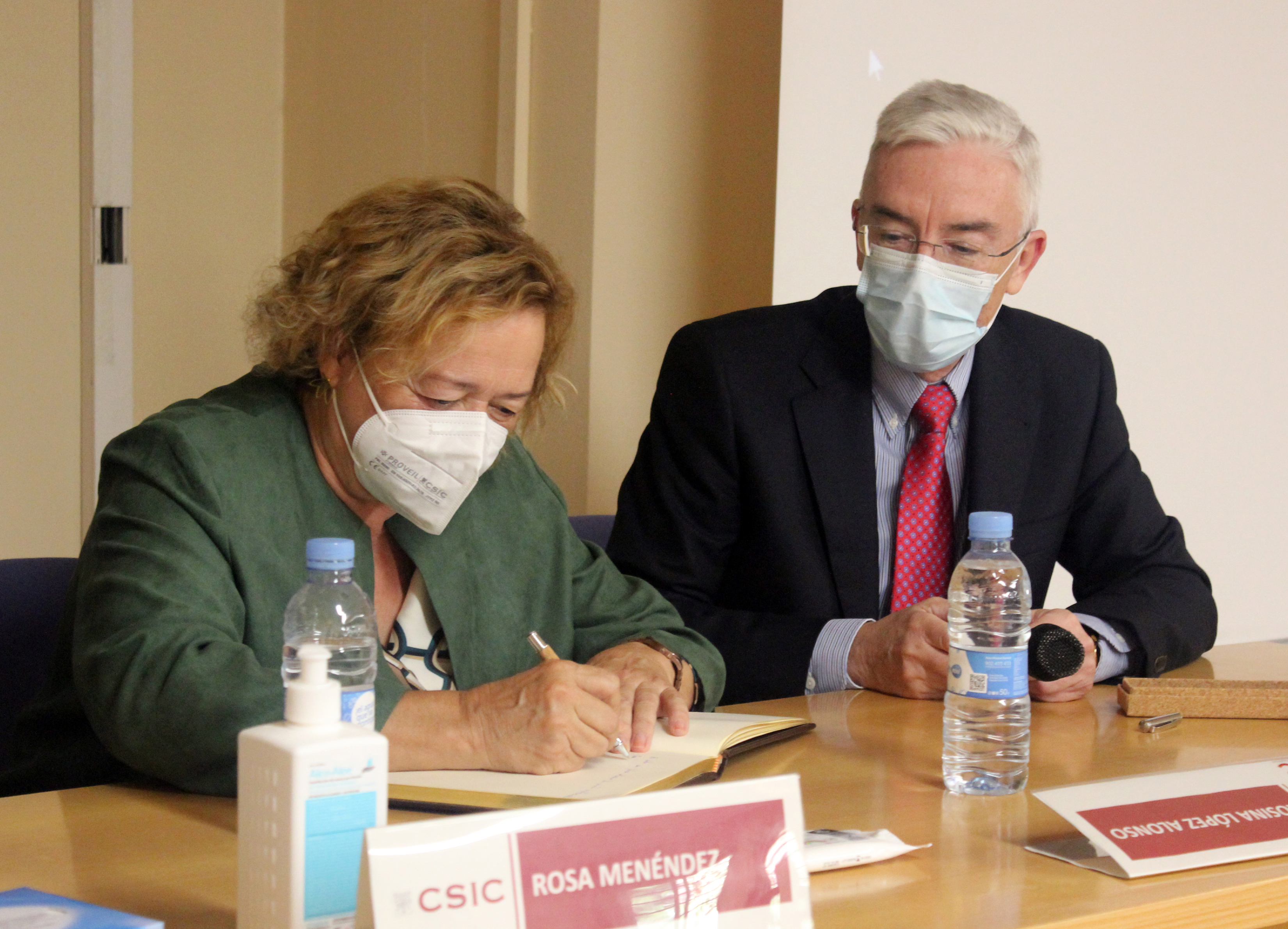 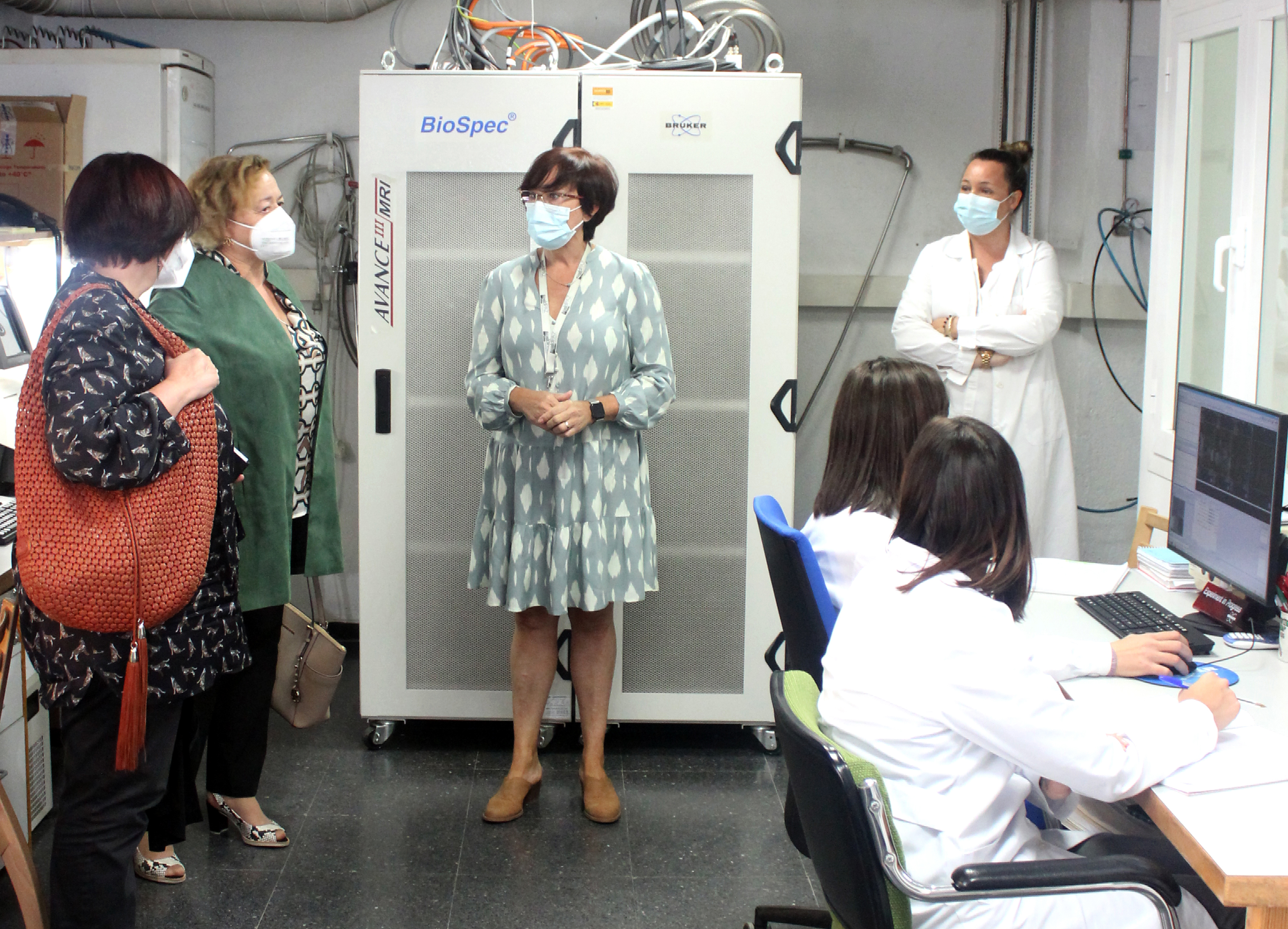 The Instituto de Investigaciones Biomédicas "Alberto Sols" (IIBM), a joint center of the Consejo Superior de Investigaciones Científicas (CSIC) and the Universidad Autónoma de Madrid (UAM), has received the visit of the President of the CSIC, Rosa Menéndez, on October 13th.
The President of the Consejo Superior de Investigaciones Científicas (CSIC), Rosa Menéndez, visited the Instituto de Investigaciones Biomédicas "Alberto Sols" (IIBM), a joint center of the CSIC and the Universidad Autónoma de Madrid (UAM). During the visit the President was accompanied by the Vice President for Scientific and Technical Research (VICYT), Jesús Marco and the Vice President for International Relations (VRI), Ángeles Gómez. On their arrival they were received by the IIBM Director, Mario Vallejo, the IIBM Deputy Director, Aurora Sánchez and the IIBM Manager, Isabel Ocaña. This is the first time that Rosa Menéndez visits the IIBM, and also the first visit to an ICU after the COVID-19 confinement.
The meeting began with a meeting of the President and Vice Presidents with the IIBM direction and management team. Mario Vallejo reported on the operation of the Joint Center and the main lines of research being carried out. He also detailed the scientific achievements of the IIBM in recent years, as well as the strengths, shortcomings, needs and future projection of the Center. Afterwards, Rosa Menéndez and the Vice Presidents toured the IIBM facilities where they had the opportunity to visit the research laboratories as well as the scientific services.
The visit ended in the auditorium where the President and the Vice Presidents met with all the IIBM staff, some in person and others telematically connected. Rosa Menéndez began with a few thankful words for getting to know the IIBM, emphasizing that it is a singular and different Center from others in the area, with an important projection of future. The Vice Presidents also intervened and Jesús Marco highlighted the work of the IIBM during the confinement carrying out PCRs for virus detection, as well as the translational aspect of the IIBM. This was followed by a Q&A session for the researchers. Issues related to the acquisition of infrastructure and FEDER funds, the stabilization of research personnel, the renewal of the Services staff due to retirements and the partnership agreement with the UAM were discussed.
Average (0 Votes)