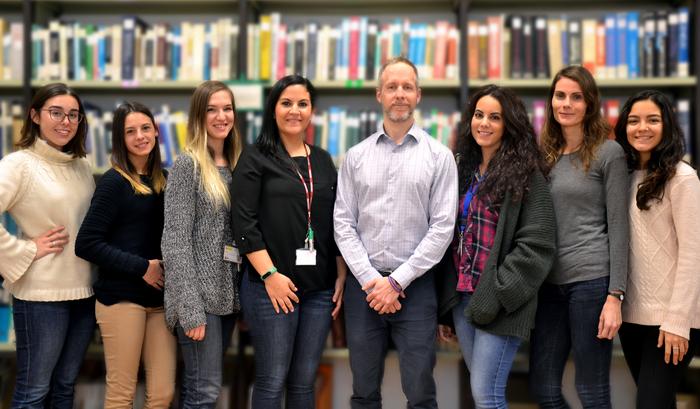 A study carried out with the participation of the team led by Dr. Bruno Sainz, Jr., a researcher at the "Alberto Sols" Biomedical Research Institute (IIBM-UAM) and supported by the Spanish Association Against Cancer (AECC), has identified a new Achilles' heel of pancreatic cancer stem cells: a part of the cell known as lysosomes, which represents a possible target for treating this type of cancer, one of the most aggressive of all malignancies.
Pancreatic cancer is a cancer that responds poorly to available treatments, due in part to the presence of cancer stem cells. This type of cell has the capacity to give rise to all of the other cancer cells present within the tumor and they are responsible for the origin of the tumor, its spread to other organs or metastasis, and relapse.
In order to find new drugs/therapies to attack pancreatic cancer stem cells, the researchers probed a collection of 680 different compounds to identify hits that could decrease the viability of these cells, and found two lead candidates.
These two molecules shared a common mechanism of action for reducing cancer stem cell viability: breaking open lysosomes (a part of the cell responsible for the degradation of compounds), releasing their contents which can damage the cell itself.  Lysosomes are found in greater numbers in some tumor types, and in this study, it was confirmed that lysosomes are also present in greater numbers in pancreatic cancer stem cells.
Based on these observations, the researchers studied the effect of Siramesine, a clinically-approved drug as a means of targeting and damaging the lysosomes of pancreatic cancer stem cells. Using mice with pancreatic tumors similar to those in humans, they confirmed that treatment of these mice with Siramesine eliminated the pancreatic tumor stem cells.
Although further study is still needed to determine the clinical application of this study, this work shows the potential of attacking lysosomes with drugs such as Siramesine to eliminate cancer stem cells, and opens a new avenue for the future treatment of pancreatic cancer.
The work, published in the journal Cancers, is a collaboration between several Spanish research groups and has been co-led by Dr. Bruno Sainz, Jr., researcher at the IIBM-UAM, Dr. Manuel Serrano, researcher at the Institute for Research in Biomedicine (IRB Barcelona), and Dr. Joaquín Pastor, researcher at the Centro Nacional de Investigaciones Oncológicas (CNIO).
Link to the research article: https://www.mdpi.com/2072-6694/12/7/1790
New at AECC: https://www.aecc.es/es/investigacion/proyectos-aecc/descubierta-posible-nueva-terapeutica-cancer-pancreas