Personalized medicine thanks to an avatar mouse 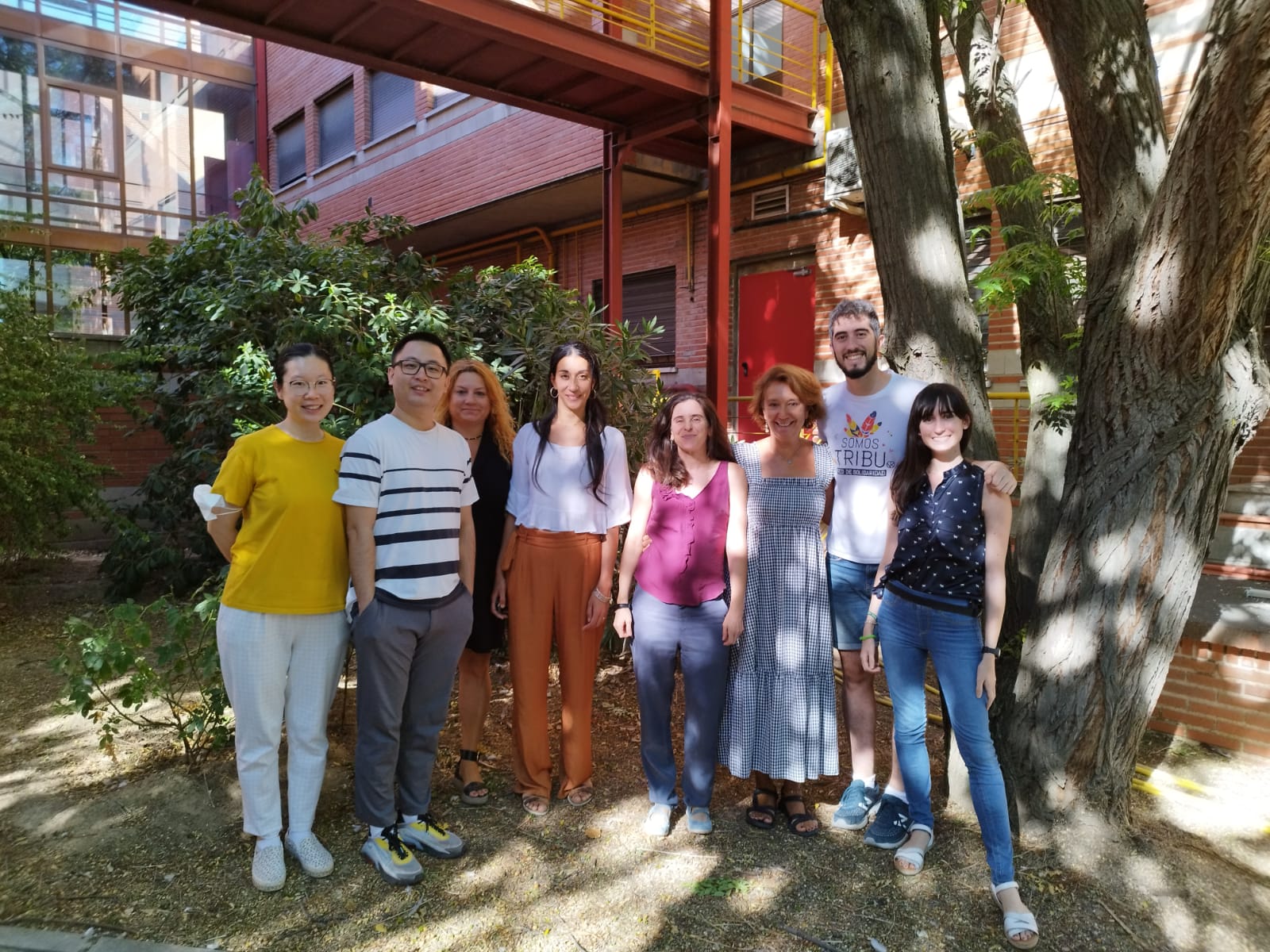 Researchers from the Thyroid Hormones and Central Nervous System group at the Instituto de Investigaciones Biomédicas Alberto Sols, IIBM (CSIC-UAM) have just published the generation of a mouse model with a point mutation in the MCT8 protein.

MCT8 protein is a specific transporter for thyroid hormones at the brain barriers and cell membranes. Mutations in the gene that encodes MCT8 lead to severe neurological alterations in the Allan-Herndon-Dudley syndrome.

This research group, led by Dr. Ana Guadaño-Ferraz at the IIBM just published an article describing the introduction of a mutation in the SLC16A2 gene that codifies for MCT8, a thyroid hormones transporter whose deficiency leads to a rare disease called Allan-Herndon-Dudley syndrome, that leads to severe neurological alterations. This research has been made in collaboration with the Universidad Complutense de Madrid (UCM) and two European centers, the Functional Genomic Institute of Lyon (France) and the University of Bristol (United Kingdom).

"This is the first time that an avatar model for this disease has been developed and we made it possible thanks to CRISPR/Cas9 techniques", says Victor Valcárcel-Hernández, first author of this work that has been published at Neurobiology of Disease.

"The development of avatar models that reproduce faithfully the alterations occurring in patients with their same mutation is the first step towards a directed therapy. Particularly, it may become the base to study the potential "genetic repair" of that mutation in an animal model and evaluate if it is able to prevent or revert the severe neurological alterations in these patients", says Dr. Carmen Grijota-Martinez, researcher from the Cellular Biology Department at the UCM and from the IIBM.

This study was performed with mice carrying a mutation that substitutes the proline located at the 321 position for a lysine (P321L) and their behavior, their anxiety levels and their motor coordination were studied. Moreover, this work analyzed the different neuronal types at the brain of these animals.

"In addition, in the present work, a deep informatic analysis has been made to understand how the mutation can be affecting the structure of the MCT8 transporter and consequently its function as thyroid hormones transporter", adds Marina Guillén-Yunta, researcher at the IIBM and coauthor of this work.

Among the alterations exhibited by the model, they showed brain hypothyroidism (lack of thyroid hormones in the brain), peripheral hyperthyroidism (thyroid hormones excess in the other tissues), alterations in the neuronal distribution at the cerebral cortex and a decrease of GABAergic neurons. Moreover, alterations in motor coordination and an anxious behavior were also observed. Altogether, these results reflect the disease complex symptomatology. 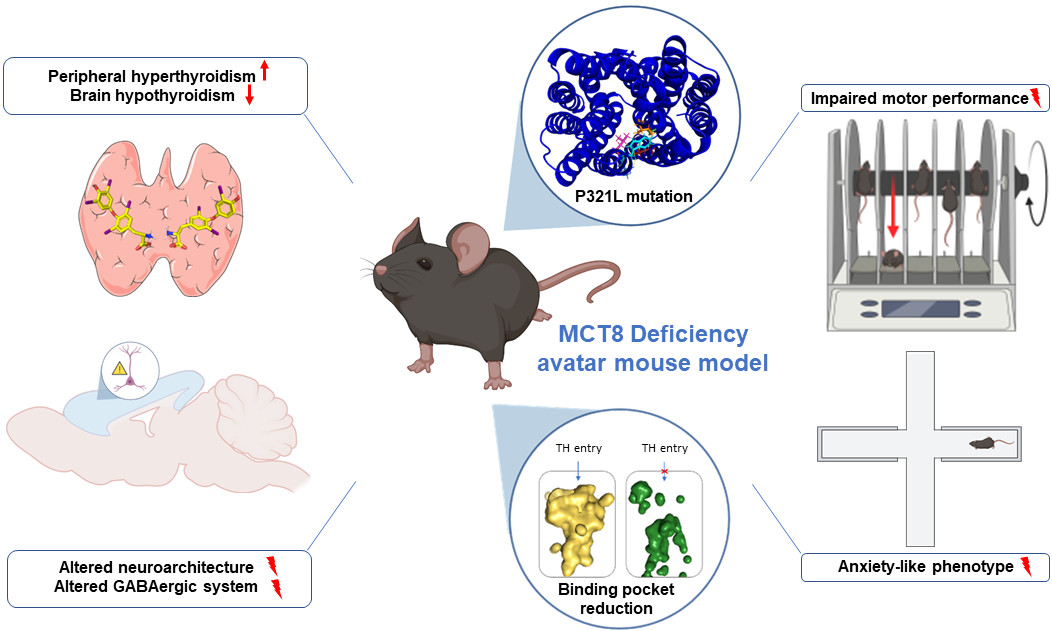 Soon, these researchers will administer drugs to the mice, mimicking the activity of thyroid hormones and independent of the MCT8 transporter: "The idea is to test if these drugs are able to reach the brain of the mutant mice and alleviate these alterations", says Dr. Carmen Grijota. This will be the first step in the application of personalized medicine to a rare disease.

We congratulate this research group for this fantastic work led and carried out at the IIBM.