The IIBM participates in the European Researchers' Night in Madrid. 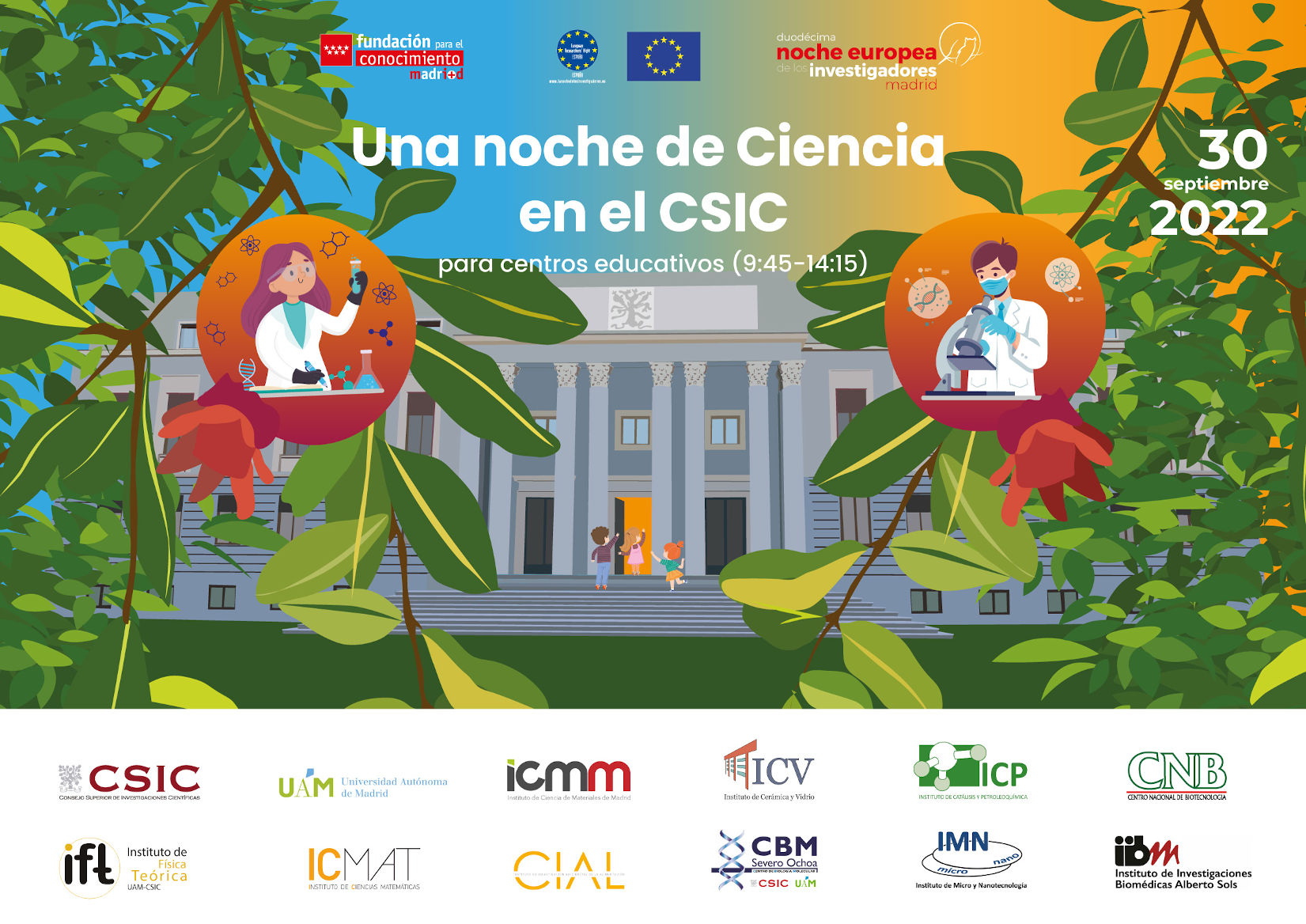 The CSIC centers on the campus of the Universidad Autónoma de Madrid (UAM) have organized two events for the European Researchers' Night: on September 23 at the Casa Encendida and 30 at the CSIC.

Both venues will host workshops, conferences, meetings with scientists and a treasure hunt, both for schools in the morning and for the general public and families in the afternoon. 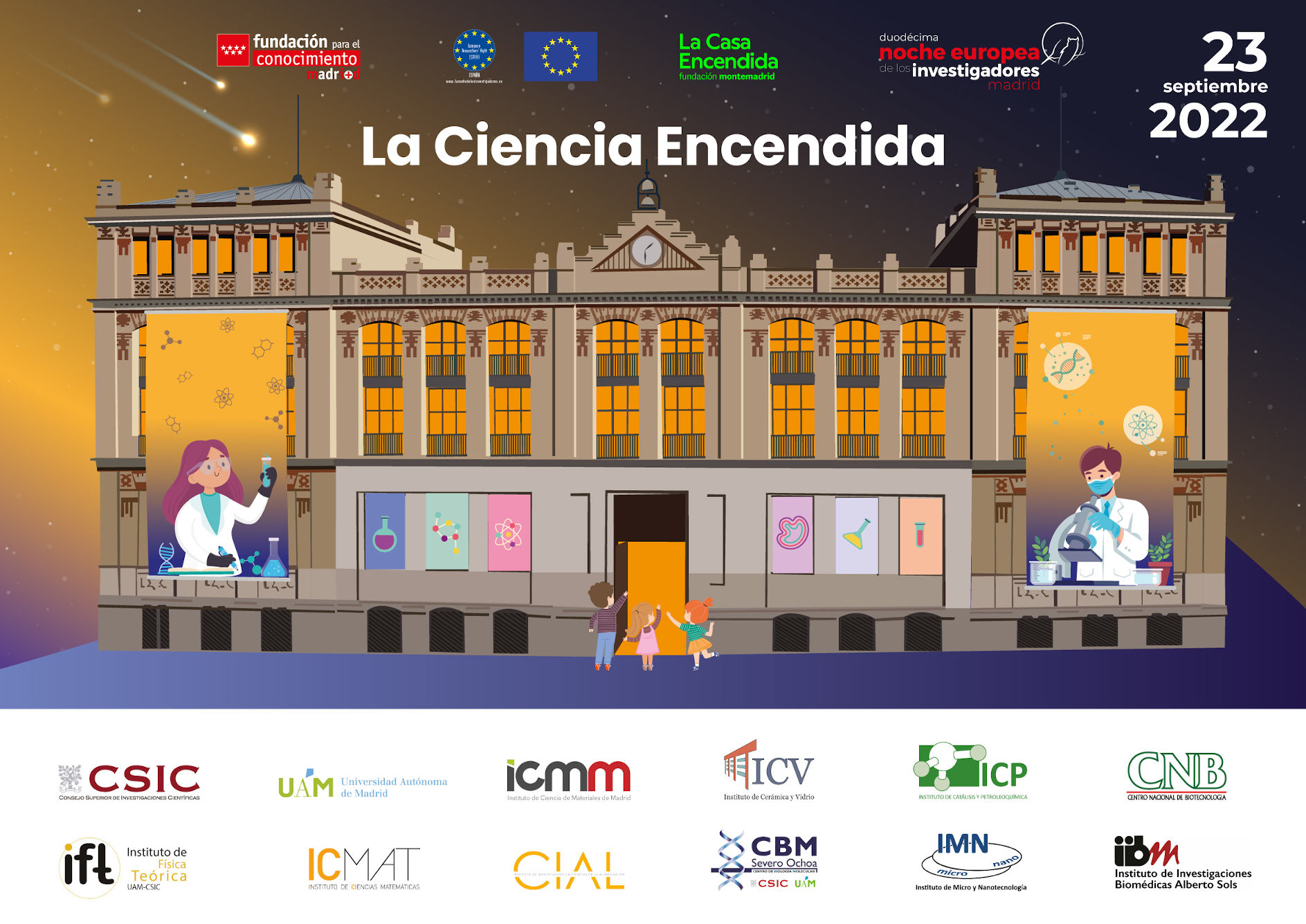 The Researchers' Night is a European celebration in which science is made available to the public with various scientific and cultural activities. One more year, the CSIC centers of the Cantoblanco campus (UAM) join together to participate as a whole in this initiative. This year 2022 there will be two different spaces that will bring together all the proposals designed by the scientific community of these CSIC centers: La Ciencia Encendida at La Casa Encendida, on September 23, and Una Noche de Ciencia en el CSIC at the CSIC headquarters, on September 30. In both spaces there will be workshops, conferences, meetings with scientists, and even an Escape Road. Primary, Secondary and High School students will be able to visit both venues in the morning and the general public and families will be able to do so in the afternoon-evening.

The aim of these initiatives is to bring science closer to society. Thanks to the diversity of research areas of the participating centers will talk about plant biotechnology, materials for digitization and sustainability, nanoscience, healthy food, the physics of the universe, mathematics to clean the oceans, women and science and many more.

All activities require advance reservation, which can be made through the event's web, starting on the dates indicated.

The Instituto de Investigaciones Biomédicas Alberto Sols (IIBM), CSIC-UAM participates with the Escape Road activity: in search of Nobel and non-Nobel women scientists. This is an interactive tour through panels that present the biographies and contributions of these exciting women scientists who won the Nobel Prize in the areas of Physiology and Medicine, Physics and Chemistry, and the Fields Medal and the Abel Prize (awards considered the Nobel Prize in Mathematics). This walk also pays tribute to women scientists who have carried out a very important work but were forgotten because they did not win these prestigious awards. For its realization, the public is divided into groups that will compete with each other by solving questions about the exhibition. The Escape Road is organized by the CSIC Intercenter Equality Commission located in the campus of excellence UAM+CSIC.

At the same time, the IIBM will be represented in La Ciencia Encendida and in Una Noche de Ciencia en el CSIC. In the first one, on September 23, Dr. Julia Pose-Utrilla, from Dr. Teresa Iglesias' group, will participate as a volunteer to help students and the general public in the programmed activities. On September 30, at the CSIC headquarters, Laura Doblado, from Dr. María Monsalve's group, Dr. Celia López, from Dr. Teresa Iglesias' group, and Jesús Pacheco from the Biomedical Magnetic Resonance Laboratory will participate as volunteers. 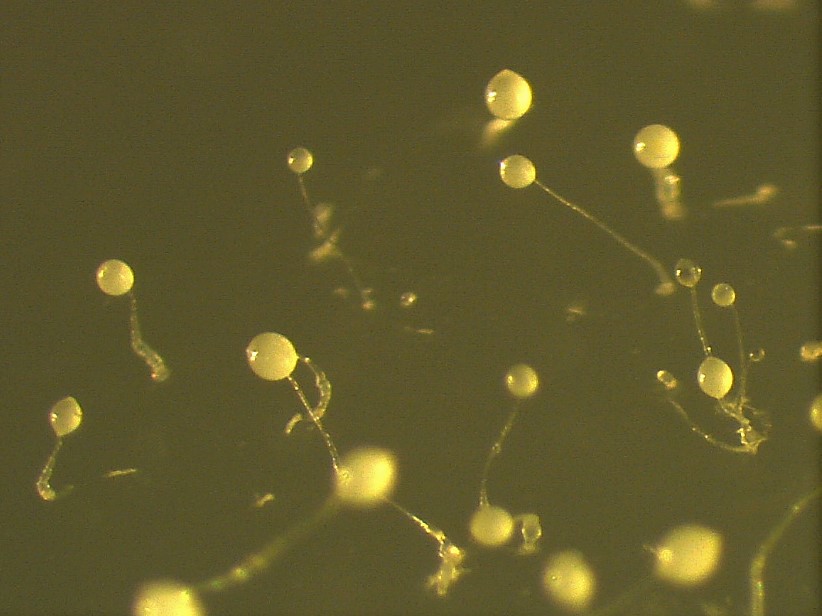 On the other hand, and in different contexts, two other IIBM researchers, Dr. Alberto Muñoz and Dr. Ricardo Escalante, will also contribute to the Researchers' Night. Prof. Alberto Muñoz will participate in an on-line course organized by the Fundación Valenciana de Estudios Avanzados: Colon cancer: reality and expectations, which will take place on 23 September at 18.00h. In this course he will give a lecture entitled: Colon cancer: molecular-genetic basis and effects of vitamin D. If you are interested, you can register here.

Dr. Ricardo Escalante will collaborate, together with his research group (Laura Antón, Celia Cruz, Alba Tornero, Laura Collado and Miranda Bueno), in a scientific workshop entitled La ameba Dicty nos ayuda a estudiar las enfermedades raras, aimed at students of ESO and Bachillerato of a secondary school in the Community of Madrid. This workshop was held last year at the Researchers' Night 2021 and was very well received by the student community.