Farewell to Professor Juan Bernal on the occasion of his retirement 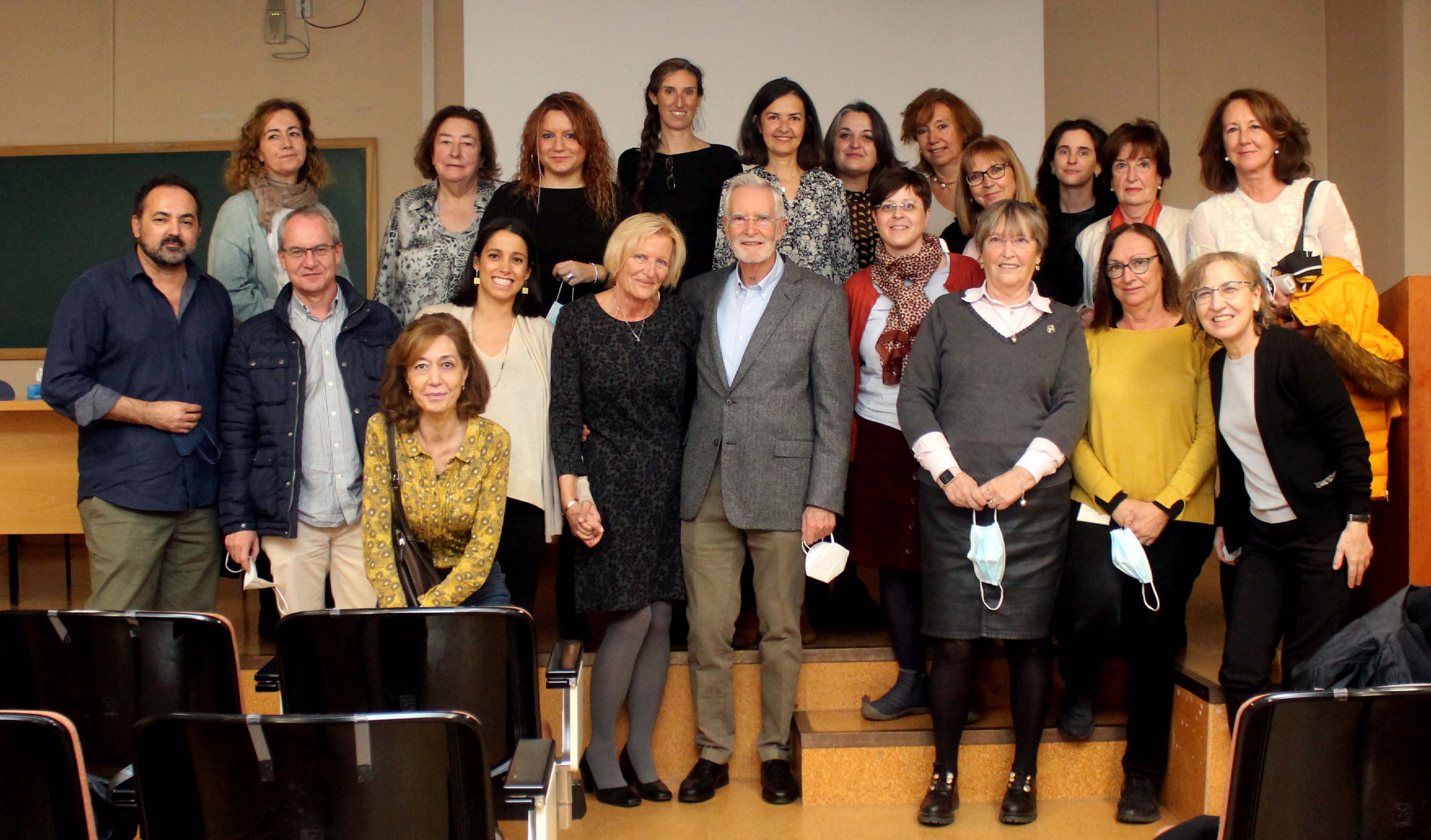 On November 12, on occasion of his retirement, Dr. Juan Bernal, CSIC research professor, gave a conference entitled "A journey through the thyroid microcosm" in the auditorium of the Instituto de Investigaciones Biomédicas Alberto Sols.

In his lecture, Professor Bernal, displaying his passion for research, recounted his beginnings in the scientific world under the guidance of Professor Manuel Losada Villasante, in Seville. On his advice, he moved to Madrid to work at the Centro de Investigaciones Biológicas (CSIC), where he completed his doctoral thesis. Years later, when he returned from his postdoctoral stay in Chicago, he joined the Institute of Enzymology of the CSIC, then located in the premises of the Faculty of Medicine of the UAM. After the beginning of the creation of the Instituto de Investigaciones Biomédicas, together with its first director, Ángel Pestaña, he participated in the negotiations with the CSIC for the construction of the Institute's own building. The inspiration for the new building came from the design of the Whitehead Institute for Biomedical Research, as he himself delighted to tell us. Therefore, Dr. Bernal has been part of this Institute since its inception.

Juan Bernal, in his entertaining lecture, summarized his findings on the thyroid gland and thyroid hormones, their regulatory pathways and the numerous functions they perform, including their involvement in the maturation of the central nervous system, a field to which he has devoted a large part of his professional career. His research on the action of thyroid hormones in the human fetal brain has led him to propose new evolutionary functions of these hormones in the biology of basal radial glia cells and interneurons.

Dr. Bernal's scientific production is extensive, which has led him to receive prestigious national and international awards. It is also worth mentioning his teaching work, with the supervision of 18 doctoral theses, as well as his dissemination and management work, being the director of this Institute between 1997-2001, and CSIC area coordinator between 2001-2004, among other tasks.