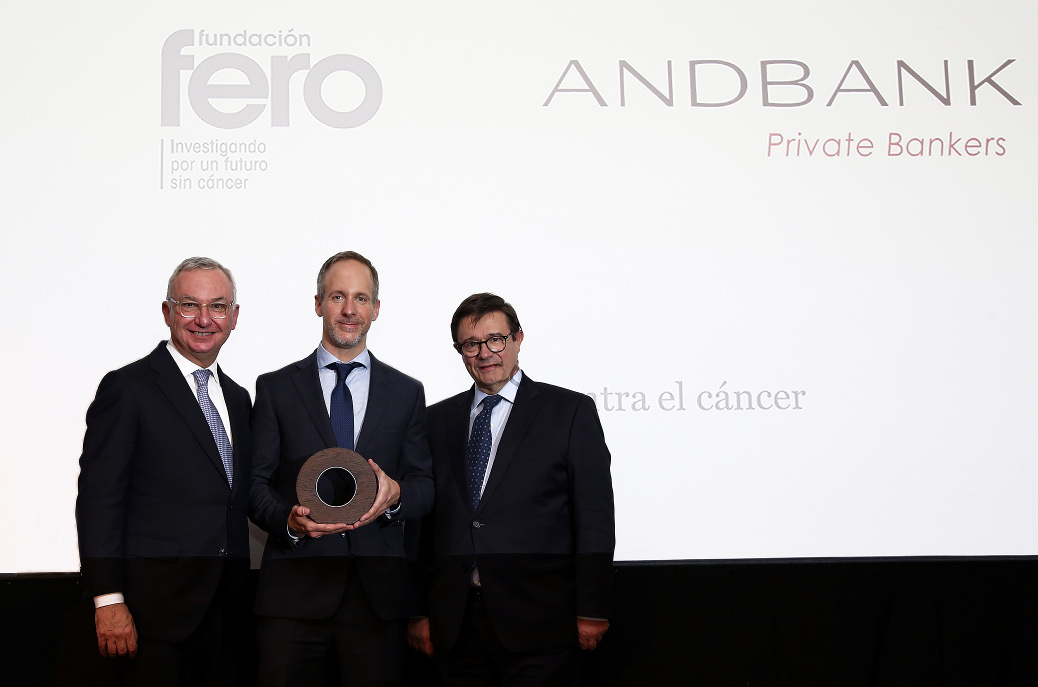 The Fero Foundation has awarded Dr. Bruno Sainz, Head of the Cancer Stem Cells and Tumor Microenvironment Group of Biomedical Research Institute "Alberto Sols" of the Autonomous University of Madrid (UAM), with the distinguished Fero Research Grant for his translational research project in oncology. The Foundation has awarded Dr. Sainz both for his strong career path and for the strength of his proposal, a promising approach that has the ultimate goal of fighting pancreatic cancer by identifying new therapeutic targets associated with cancer stem cells, which represent between 1 and 5% of the total tumor mass. In addition, this year and for the first time there have been two projects awarded in the fifteenth celebration of the Fero Research Grant awards, which took place on December 3, 2018 at the Westin Palace in Madrid. The other winner was Dr. Alejo Efeyan, from the National Center for Oncological Research (CNIO). Each of the researchers have been awarded with 80,000 euros, which will be used to finance their translational oncological research projects aimed at finding new therapeutic strategies.

The jury of the XV Fero Research Grant, chaired by Dr. Andrés Cervantes, have awarded these grants, highlighting the pioneering nature of the candidacies and their valuable contribution to new perspectives for the treatment of two of the most aggressive types of cancer: pancreatic cancer and B-cell lymphoma. The award ceremony took place in Madrid as part of a fundraising dinner that was attended by 400 people.
https://www.eleconomista.es/ecoaula/noticias/9561277/12/18/La-XV-Beca-Fero-financia-el-estudio-de-nuevas-terapias-contra-el-cancer-de-pancreas-y-ciertos-tipos-de-linfoma.html
Average (0 Votes)